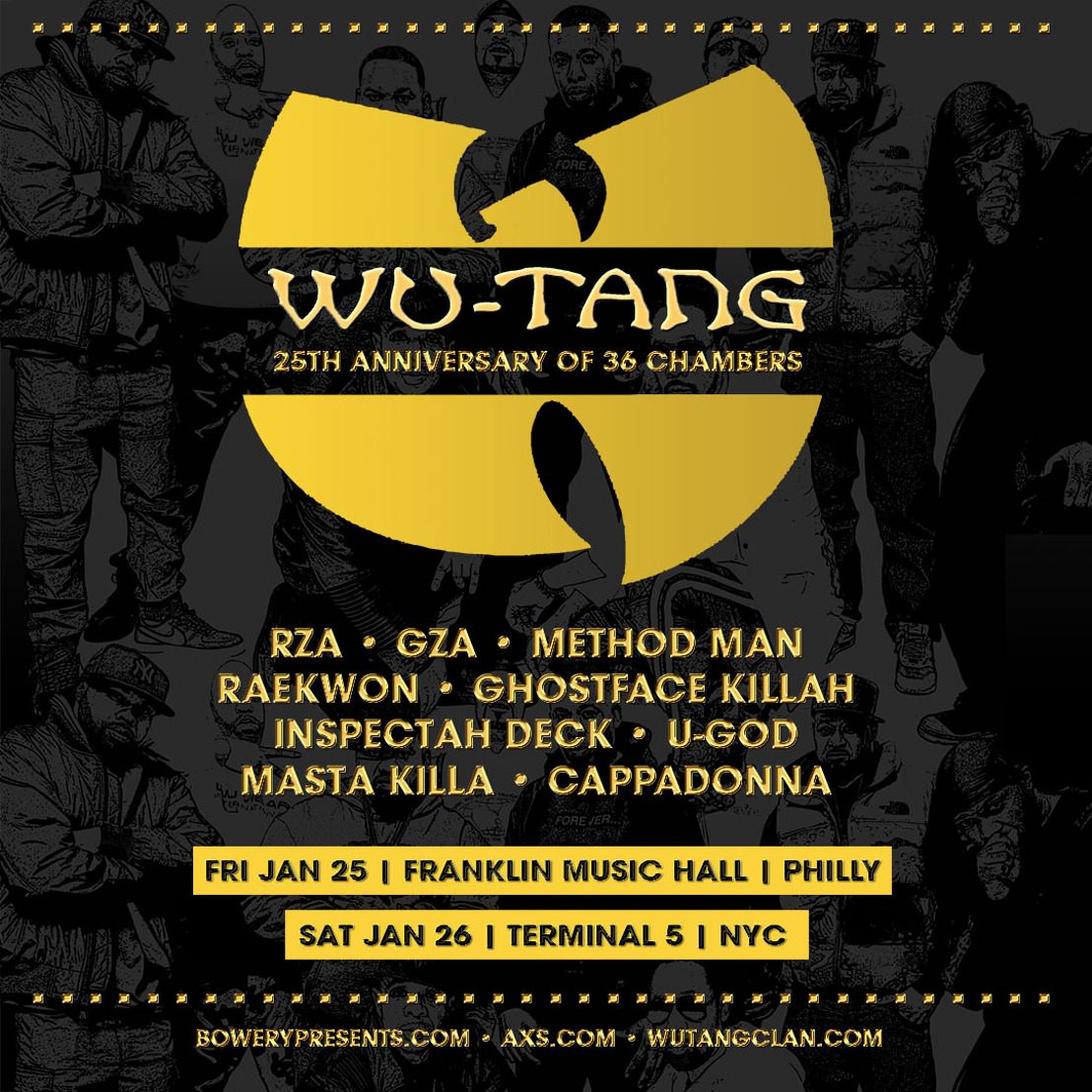 These upcoming east coast dates will be the Wu-Tang Clan's first US shows of 2019, coming on the heels of 4 sold-out shows at the Sydney Opera House and a small New Zealand tour, throughout December 2018. The homecoming shows in January come almost 25 years to the day of the release of C.R.E.A.M., the seminal single from Enter The Wu-Tang (36 Chambers) and one of the greatest hip-hop songs of all time.

The Wu-Tang Clan kicked off their 25th anniversary on Good Morning America, performing Protect Ya Neck. November 9th, the day of the anniversary, was declared "Wu-Tang Clan Day" in Staten Island, a testament to their influence in New York.